The Garner Police Department has 63 sworn police officers and 11 professional staff personnel (including full-time and part-time staff) to provide law enforcement services to a town roughly 15 square miles in area with a permanent residential population of over 29,000 citizens. The Department is divided into two bureausthe Operations Bureau and the Administration Bureau.

Captain Joe Binns serves as the Operations Bureau Captain and has responsibility for all sworn personnel assigned to the Criminal Investigations Division, the Patrol Division, and the Support Services Division.

The Patrol Division is the largest section in the Operations Bureau. There are 32 sworn officers assigned to the patrol division. These officers are led by the patrol Lieutenant assigned as the division commander. The officers are divided into four platoons of seven officers. The four primary patrol platoons each have a sergeant, a platoon leader, and six police officers (one of whom is a canine handler). They work a rotating 12-hour schedule and they are the first persons to respond to all crimes, including responding to 911 calls for service and domestic disputes. All personnel assigned to the Patrol Division are responsible for taking a proactive approach to partnerships, prevention and problem solving in the Garner community.

The Administration Bureau, under the command of Captain Chris Hagwood, includes the Administration Lieutenant, Records Unit, Professional Standards, Personnel and Training, Internal Affairs, Property/Evidence functions, and our annual Department Reporting (bias-free policing, annual use of force summary, and others). 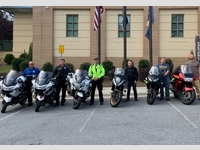 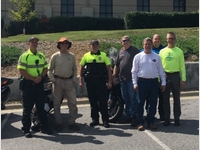