Scott Lascallette accepted employment as a Police Officer with the Greenville Police Department in March, 2003. He previously was a Police Officer for East Carolina University after retiring from his 20+ years as a Senior Chief Petty Officer with the United States Coast Guard. Later, Officer Lascallette was promoted to an Advanced Police Officer. He became a general instructor in May, 2006; and a SCAT instructor in June, 2006. His passion for riding motorcycles motivated him to pursue a position as a Motor Officer. In May of 2009 Officer Lascallette attended the Northeastern Police Motorcycle School and graduated. He was offered and accepted a position with the Traffic Safety Division in August of 2011. As a dedicated Motor Officer, he was inspired to become involved in the BikeSafe program for Greenville. He graduated from the North Carolina State Highway Safety Program BikeSafe Assessors School in December, 2012 and from there became a Site Coordinator for the Greenville Police Department in August, 2013. His most recent accomplishment was when he was asked to become the Regional Coordinator for BikeSafe NC. He accepted this appointment in December, 2013. 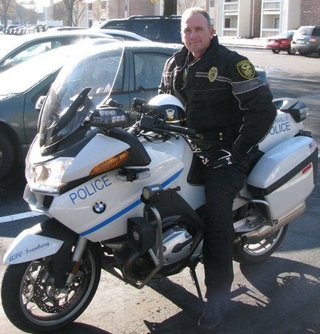