Larry joined the Durham Police Department in 1995. In April 2002 after completing Basic Motor School he was assigned to the Motor Unit. In 2006 he was certified by the United States Park Police as a Police Motor Instructor. In 2002 was certified Child Passenger Safety Seat Technician. In 2008 he became a certified Traffic Crash
Reconstructionists. In 2010 he became a Bike Safe Assessor. 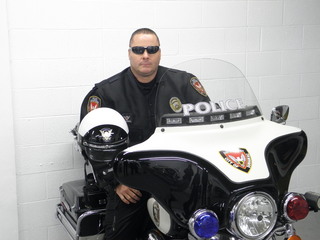