A native of West Haven, Connecticut, Senior Officer Caron joined the United States Marine Corps after graduating high school in 1993. Following an 8 year career as an Aviation Ordnance Munitions Technician, Caron left the Marine Corps and began his career in law enforcement as a corrections officer at Central Prison in Raleigh. In 2002, Officer Caron accepted a position with the Raleigh Police Department and spent 8+ years on patrol in the Field Operations division. In March 2011, Senior Officer Caron was selected to join the Special Operations division as a motor officer on the Traffic Enforcement Unit. He holds professional certifications as a RADAR/LIDAR operator and chemical analyst, and has held positions on the department as a police training officer and member of the Crisis Intervention Team. Officer Caron allocates much of his off duty time instructing young drivers through the StreetSafe teen driving program. 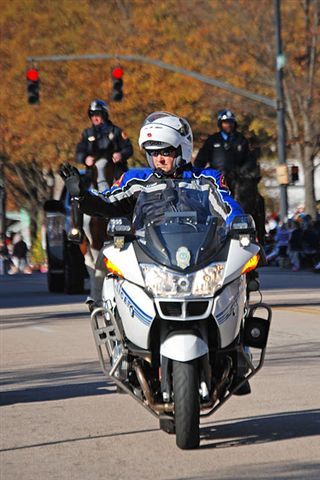