Officer Scott Johnson has been employed by the New Bern Police Department since April of 2012. He became a Traffic Officer and was Motor Officer Certified at the NC State Highway Patrol Basic Police Motorcycle Course in March of 2014 and attended the NCSHP's Assessor School shortly after. 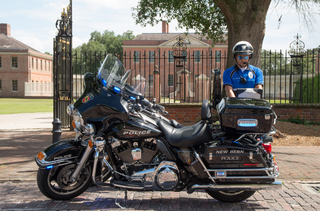